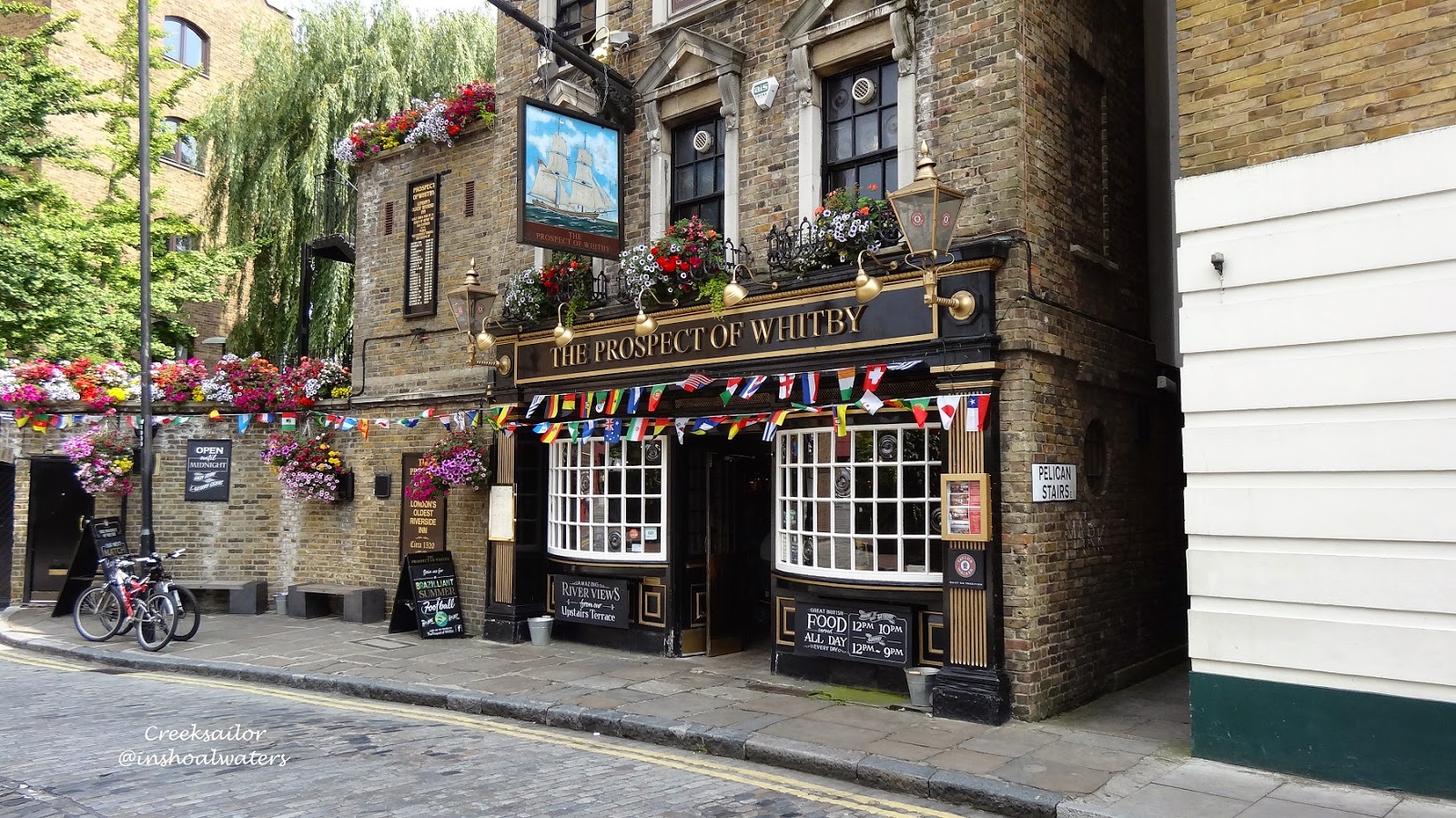 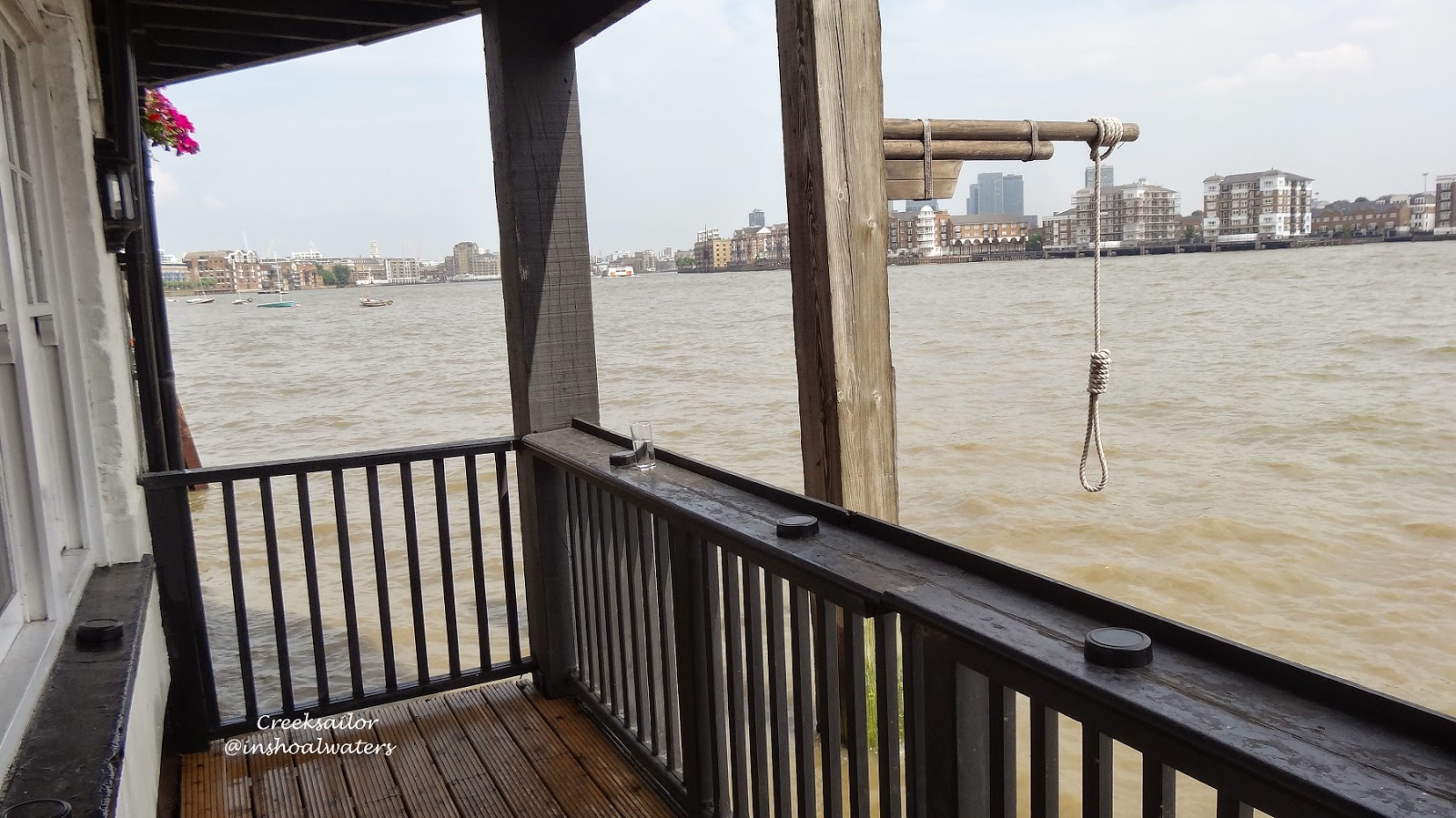 There’s a bags of history at the Prospect of Whitby in Wapping, one of London’s oldest riverside Inns built in the reign of Henry the V111 at circa 1520. The pub is sited on the edge of the River Thames and neighboured by cobbled streets and converted old wharves.
The low ceilings are heavily beamed and a seat in one of the quirky, cosy little spaces is just right for sipping on a cold, crisp beer, a smooth drop of red or a fruity glass of white and soaking up this old world atmosphere. There’s flagstone and wide-board wooden floors that have the wear of sailors from far-flung places, dockers and watermen’s boots and if the time is anywhere near high-tide and the breeze is up an intermittent and somewhat disconcerting thud is heard, for the tide runs fast in these parts and although we may be far inland we could well be at sea for a fair old popple - a choppy sea, slaps at the brickwork on the buildings outer walls.
Criminals used to be hanged on the foreshore just along from here and as a reminder there’s a gallows in place on the back of the pub, which is a restaurant. The sight of the noose is quite enough to convince any would-be non-payer that in this establishment the bill is definitely worth paying! Tony
Posted by Creeksailor at Tuesday, March 10, 2015

And here's me thinking 'Prospect of Whitby' was a circa 1960s RORC yacht!