Creeksailing covers the gamut of small boat cruising. Often there are white knuckle moments while heading for your chosen creek, and then there is the excitement of anticipation as the creek slowly becomes navigable by the mystery of the tides. The environment is generally remote, uncluttered and peaceful, with the soundtrack of wild nature. The immense fun that follows is then to reach the creek-head under sail or oar. The creek will try its best to trap you with its sticky mud shoals or hidden obstacles under the water surface, all the while enticing you further into its depths with glimpses from atop the marsh of vivid purple sea lavender or abandoned and forgotten ruins sucking you in "hook line and sinker" to explore every twist and turn.
This small film was captured over three days in my miniature pea green wooden gaff cutter Shoal Waters. please forgive the wind interference in some of the sound. I promise to invest in a proper camera one day and make a real movie. Donations are welcome! 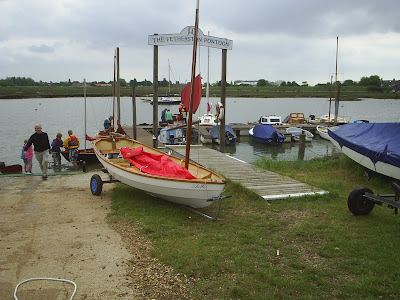 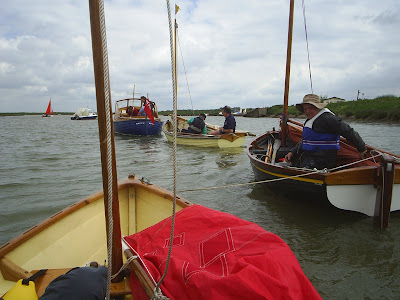 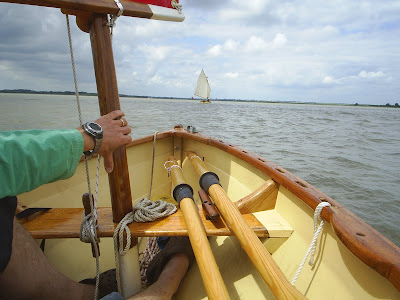 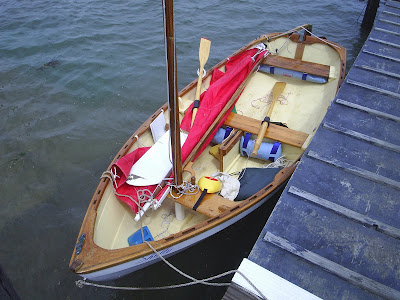 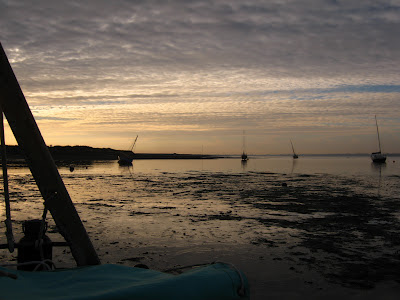 What a season it has been so far. The wettest June since the mid 1800s put paid to many a cruising sailor man/woman's plans. Since my seven day Olympic cruise in early April things have been quite hit and miss. I had begun resorting to rushing down the creek at the first sign of a clearing sky, generally at a moments notice and typically on a Sunday evening for a twilight sail after the rains had stopped. Anyhow got down to the boat Saturday night for an early tide on Sunday with good intentions of heading up the coast to explore a very special creek. Well, the picture above says it all really. Sometimes it can be difficult to leave such a beautiful creek. The image is taken from my mooring, the tide slowly ebbing from the creek but I'm  not on it...  It will return soon enough - there is no need to rush in situations like this. The new dawn over the creek was just to good to miss so the eggs and bacon went in the pan for a full English, in true minimal cruiser style.

We can only hope summer has arrived and there is always next weekend...


Offshore sailor, coastal sailor, sea sailor or merely sailor are all terms that describe the type of sailing a person takes part in.  Being a creek-sailor means one is rarely ever out of sight from land. It also means I am constantly studying what to me is a fascinating interaction of land and sea and how we interact with it- right at the exact point where sea water arrives on our shore.  This is part one of a series of articles where I take a snapshot look at the interestingly varied adventure playground of the creek-sailor that is our inshore coast.