The Thames sailing barge Ardwina visiting Fullbridge Quay recently. She later went into a dry dock here which is a huge iron lighter type hull. The hull is filled with water which enables a boat to float in. Before filling with the rising tide waters wooden Blocks are set out and lashed to the bottom to avoid them floating away. After the tide has retreated the water inside the hull is released which leaves the barge sitting nicely on the blocks enabling a thorough survey or any necessary work to be carried out at leisure.

The Ardwina was built at Ipswich in 1909 and can generally be seen at her mooring in St Kathrine's dock on the River Thames, London. Lady Jean can just be made out behind her. 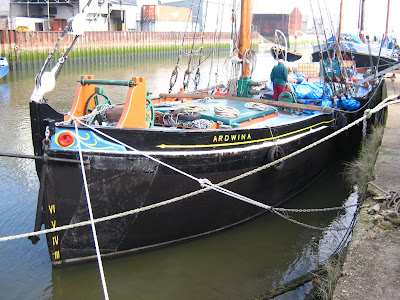 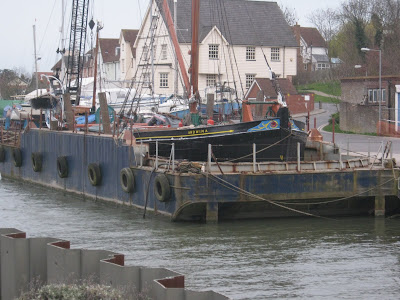 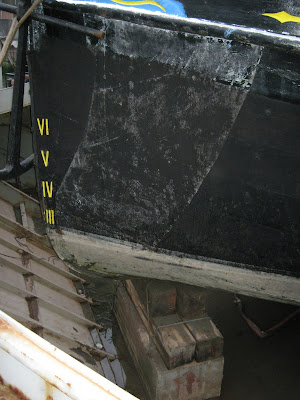 Ardwina again looking in fine form. Locals may notice the former naval ship Defender in the background who can usually be seen at her mooring just above Heybridge Basin. 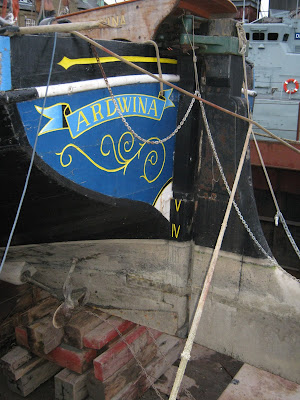