Found these sunny images of a visit to The Hythe at Maldon back in the summer.
The Barge and Bike event ads a refreshing dimension to the boaters calender. 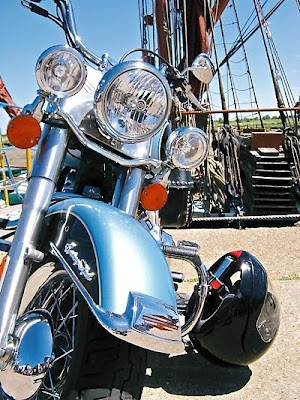 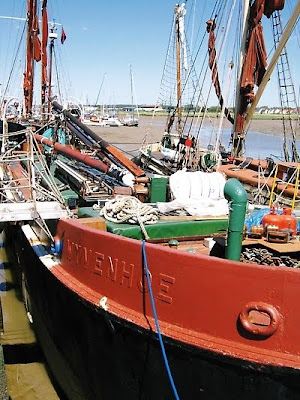 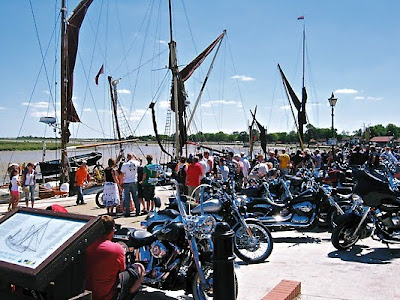 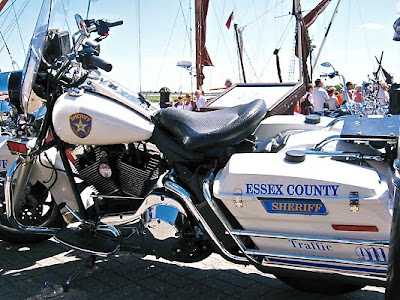 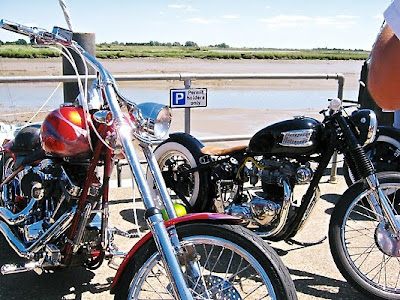 Posted by Creeksailor at Saturday, December 11, 2010

Beaches within the River Blackwater by T Smith

This guide was created for and on behalf of the Small Boat Sailors Group.

The River Blackwater in general may not be an obvious destination for a beach holiday but Mersea Island and its beaches are a favorite destination for many visitors. The country's most easterly inhabited Island, Mersea has an influx of holiday makers during the summer months. Many of these visitors enjoy family days out on the hut lined beach where there are facility's such as parking and toilets. They may also own or rent a caravan on one of the sites that front the beach. In relation to the beaches at Mersea Island I would not describe the Blackwaters other beaches as used, or as well known even. The beach at Sales Point to Bradwell for instance is one of the prettiest beaches I have ever seen but one that has very few visitors. Further upriver there is a small picturesque shell beach on pewet Island which is a nature reserve, followed by the shingle beach at St Lawrence Bay which reaches along to Stansgate. Home to two sailing clubs as well as fronted by houses and bungalows, this stretch of beach doe's see some summer visitors but nothing like the numbers at Mersea.

Further upriver, across to the northern shore Mill Beach has a small stretch of sand that is used by caravaners there. Opposite Hilly Pool Point, just in Colliers Reach, past the Sailing club towards the basin there is a very small stretch of beach at half tide. Apart from Sales Point beach and Pewet these beaches are generally easily accessed by the public.

There are small beaches elsewhere that take a bit of walking to reach but are easily accessible by boat. With your cool box filled and a bit of imagination (and help from our weather) these stretches of sand can become your own idyllic south-seas beach for a day.

Surrounded by sea and marsh - one of the Blackwater's picturesque little beaches. 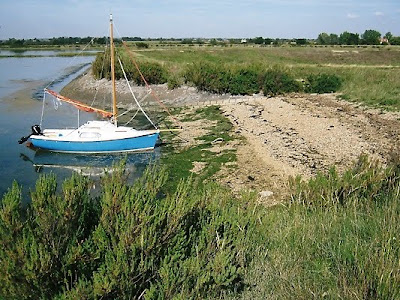 Other than the small beach at Mundon Stone Point which is on the rivers south shore at the entrance to Lawling creek, there seems to be a ecological phenomena as most of these evocative little beaches including the Shingle Head, Mill Point and Thirslet shell shoals mentioned in the Creeksailor book are located on the rivers northern shore line.

From the Mersea Quarters there is the beach up the Ray at Ray Island as well as on Cob Marsh and Packing Marsh Islands which have delightful little stretches of beach. Around Pennyhole Creek to Tollesbury Creek and up river to Goldhanger there are also quite a few small beaches that can be reached. Between Shinglehead, Mell Creek and Old Mell Creek are tiny inlets of golden shingle and sand. At most of these a wilderness of saltmarsh merges with the shingle in an unspoilt example of nature and its way of intertwining land and sea. A study of this relationship reveals a constant struggle resulting in compromise and fusion of the elements. On breezy days these stretches are best visited with a northerly wind as then the waters edge becomes flat calm and gin clear, the sea gently lapping at the shore creating those perfect little idyll's. 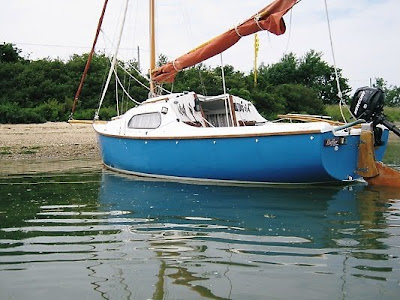 Just further up at Thistly Dock is a tiny shingle beach which deepens quickly. Tucked in the corner of the surrounding seawall it is an oasis along this remote stretch. Just further along, between Rolls and Decoy farms, Rolls Creek has a picture perfect beach which sits on its western shore. Other areas of fine sand can be found at the foot of the 'cant' a term used to describe the edge of salting and sea which resembles a miniature cliff. Across the creek mouth of Gore Saltings is Bulhams Beach which stretches out on a spit into the saltings. There is a small creek inside the spit called Bulham Creek which can be navigated at the very top of a spring tide, even enabling an exit into the river again near the isolated beach hut here which is private.

The next beach along here is at the eastern entrance of Joyces Creek, a beautiful tiny beach which has summer lambs visiting on occasion. Inside Joyce's Creek is another small beach. while over on the western side of Joyce's has a large extending sand spit which is a particularly good place to land if in company as there is plenty of room with protected deeper water inside the spit.

The next beach is at Highams beach or 'The Shoe', which is at the eastern side of Goldhanger Creek mouth. This small beach is also an old barge hard but is still used by the pleasure barges on occasion. A nice place to spend some time if a barge happens to be visiting. Entering into the upper limits of the creek a narrow beach lines the seawall here.
All along here is good for landing and swimming with just the odd rock or two.
Across the creek mouth on the western shore and along the seawall, another small beach is tucked away. This little beach gets plenty of use by locals during the summer months, although I wouldn't choose to dry out in the boat here as its quite rocky below the shingle line.

Continuing along the seawall there is a pleasant bit of beach dotted with saltmarsh about mid way along. There are some withie poles here that indicate a former farm barge dock just after which you enter into Wilkins Creek. There is a tiny little patch of sand amongst all the mud in here which would cater for one or two, as said earlier you may need to let your imagination wonder a bit.

The other beaches are located on the private island of Osea.
On the north-western shore there is Shipwreck Beach. The wreck sat high on the beach for some years but has been moved just recently and now covers at high water. To the east, past the mouth of Dead Mans or 'Death Creek', and Bawley Creek, is a pretty little stretch of sand which is fringed by saltmarsh and samphire.
An elm crowned bay of golden sand at Osea's East Point is the stretch of beach that most yachtsmen who come up the river will see. Not many people actually step onto this beach but it is this beach that probably creates a lasting impression on many visitors to the river.
The southern shore of Osea is also lined with a nice beach which is quite steep, and gets many visiting boats during the summer. Small-boaters able to dry out can dig in with their hooks past the pier, towards West Point, to dry out on firm sand.

Often, while here, and in fact at many of the places mentioned, you will be treated to a display of wild sea birds nearby, gorging and squawking on sheet-silver mudflats.
Note: If intending to land consideration must be given at all times to wildlife and private land.
The Shinglehead stretches of beach at Tollesbury Wick marshes are Wildlife Trust, who advise not to disturb nesting birds during the breeding season.
Posted by Creeksailor at Thursday, December 02, 2010 No comments: