MUD MUD and more MUD, I was told by a fellow club member that I am the only sailor he has ever met who prefers to take pictures of his boat in the mud rather than under sail... Im not going to argue with that. Having your boat moored in a creek on a drying mooring is not every ones idea of heaven as it does have its limitations.

Only a guess but I would think at least half the boats moored on the Blackwater are half tide or less, which would mean a lot of us dry out. Spring tides in our area occur around midday and midnight, with neaps occurring in the early evening and morning.

The incoming tide at my Goldhanger mooring gives roughly a four hour window in which to get a sail in and return to the creek, with just enough water to still float. This is fine for the day sail cruising locally as long as your anchor doesn't get stuck while in your favorite creek. Its also fine for the dinghy racer, who having upped the spinnaker will be round the course in ten minutes and back home for East Enders.

To venture further afield takes a bit more consideration as you are now working out a minimum of three tides. Battling against wind and tide can be a disheartening experience and putting the engine on seems to miss the point of going for a sail. With these in mind I try to use the tide as much as possible, preferring to spend the night in a creek somewhere so I often favour neap tides. Neaps enables me to take the Ebb tide away from my creek in the morning giving a minimum window of eight hours sailing. After a belly full of sail the following flood tide can be used to reach the head of another creek, or to get back to the top of the river, still in daylight during the evening.

Although favouring neaps I have had some truly memorable day sails visiting many forgotten or lesser frequented creeks.

One could be forgiven for thinking that creek sailing in the river is an easier past time than a complicated navigational passage across an open sea.
Having done both I have found the planning and coming together of all the ingredients are the same. Arguably creek sailing could be deemed safer, but then you can drown in a couple of inches of bath water. They are both truly enjoyable and both have a set of ingredients that need to be taken into account for a successful outcome.
Ingredients such as time, tide, wind direction and strength, sunset and sunrise, and ones ability to get away from work. Added to these a large amount of energy and enthusiasm as many of the forgotten creeks or quieter places are just that because they are to difficult for the majority to bother reaching them.
Posted by Creeksailor at Tuesday, October 12, 2010

This one of my favorite images taken this year.
Sadly, this is all that remains of the two barge docking posts that have been on this stretch of river for over a hundred years.
After such a long history, both posts vanished on separate occasions this season.
Very early in the season I noticed one of the posts had somehow been broken in half, and this ladder appeared to mark it. More recently, I found the other huge post washed up on one of the north shore beaches. 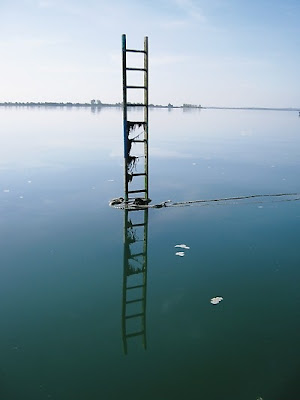 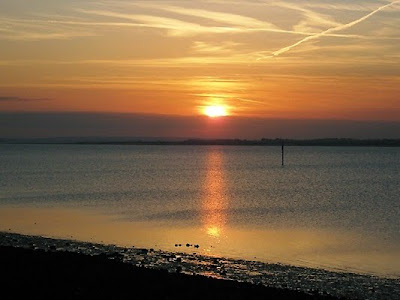 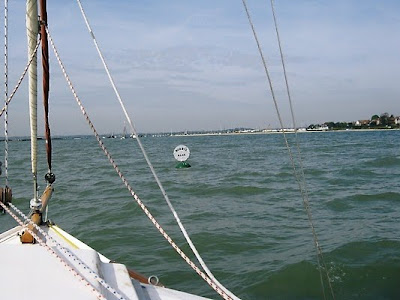 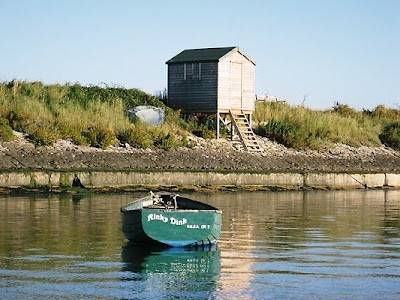 High tide markings on one of the sail loft step ladders.
I regret not visiting Tollesbury on this day as Huffler would have sailed right up the high street. 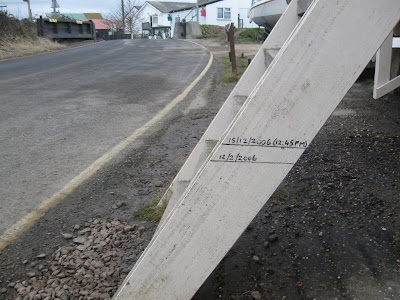 Would you really want to dry out here? 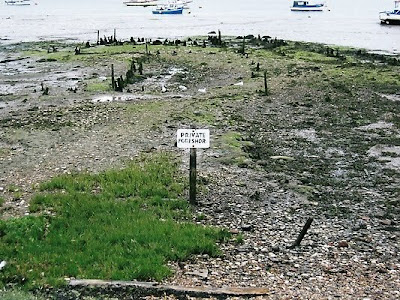