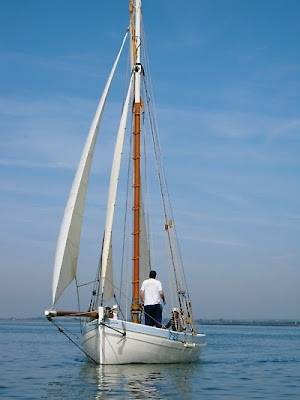 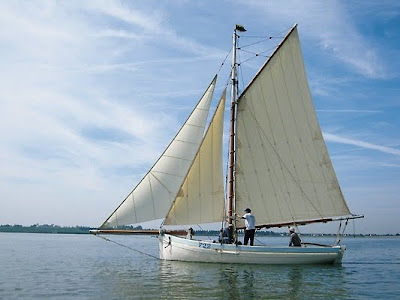 Working boat enthusiasts may notice Emma is smack rigged not bawley. Vic says that is because most or all the Faversham based bawleys found it easier to navigate the meandering Faversham creek with smack rig.
Posted by Creeksailor at Saturday, July 10, 2010 No comments: