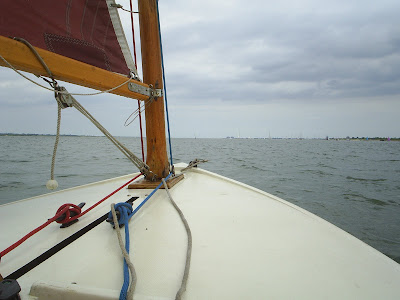 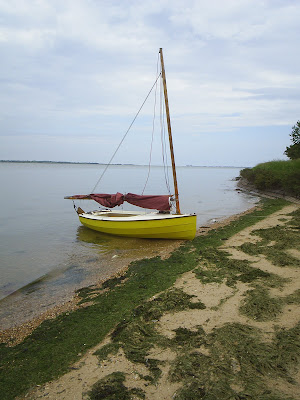 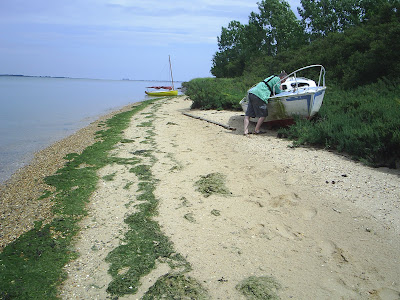 After some beach combing and soaking up the tranquil setting we eased the Cormorant into the clear blue sea and climbed aboard. This was almost a repeat of the earlier launch but without commotion and gybe. We headed further up river, the wind coming over the port bow giving us plenty of opportunity to tack the Cormorant, beating across the river making an extra couple of tacks to go round the Ford Creek buoy just for the fun of it.
Sailing past the pier remains on a close reach we took the Cormorant into the fast ebbing, rippling currants of the narrows below Stansgate Abbey where her relatively heavy lay up gave a smooth ride. We were able to sail on a comfortable reach back down river, passing the many moored boats on this stretch and back towards The Stone.
Although only a small adventure the Cormorant had proved herself to be a good dinghy for this type of cruising. There is heightened sense of adventure one gets from cruising in simple small dinghy's and similar boats which she gives in abundance with crew or single handed.
Posted by Creeksailor at Saturday, June 19, 2010 No comments: 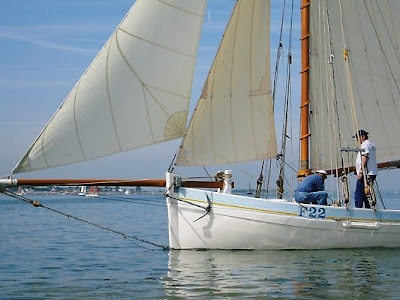 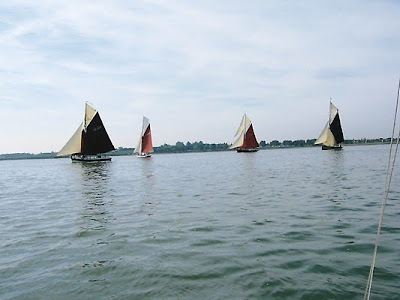 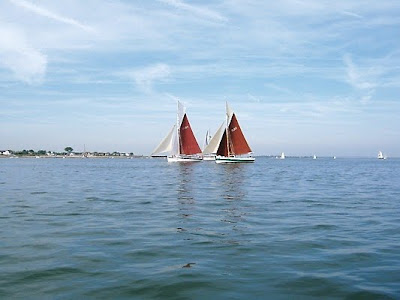 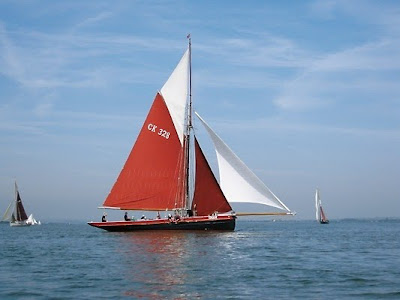 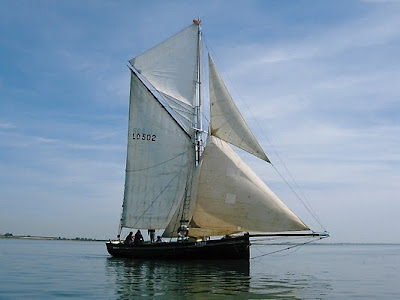 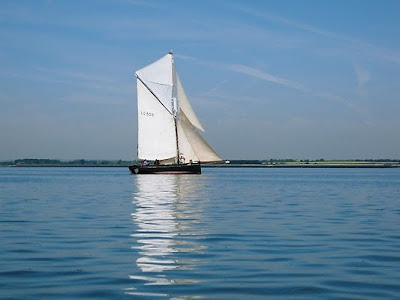 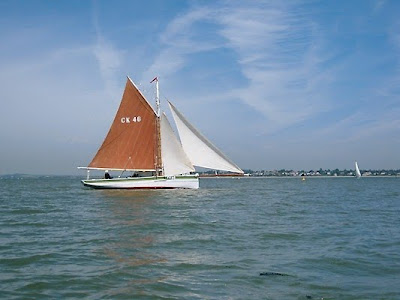 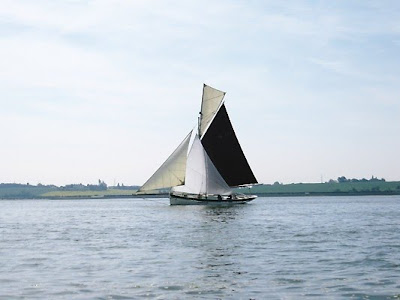 More detailed information regarding East Coast smacks and bawleys can be found here by clicking on this link Smackdock
Posted by Creeksailor at Friday, June 11, 2010 No comments: 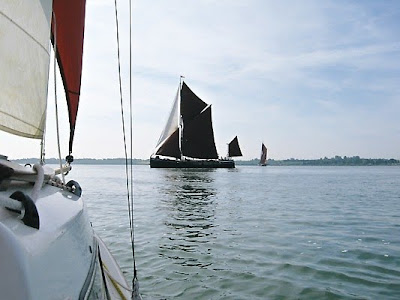 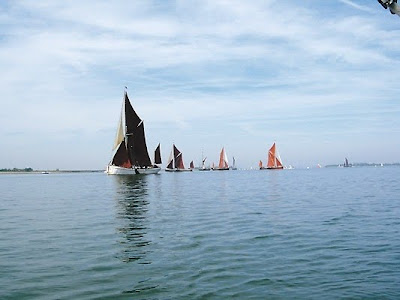 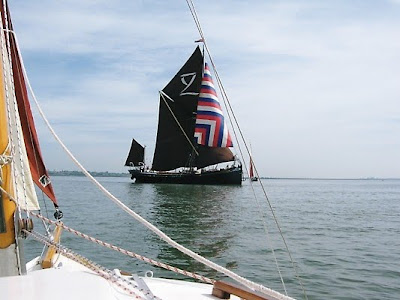 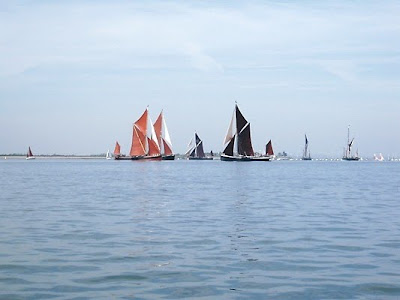 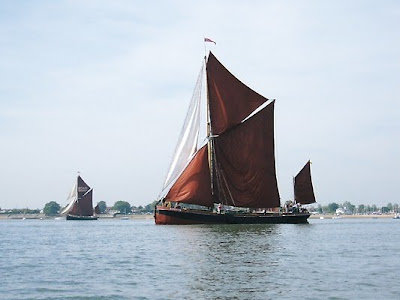 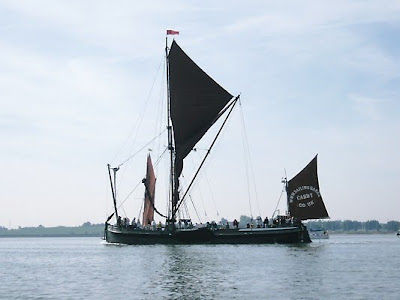 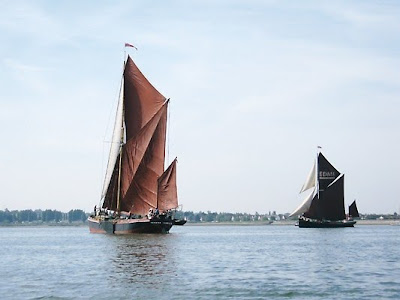 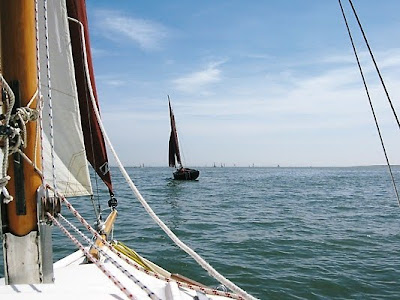 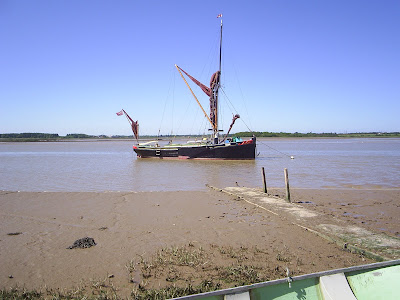 SB Blackthorn at Snape on the River Alde.

SB Cygnet on her mooring at Snape on The River Alde today.