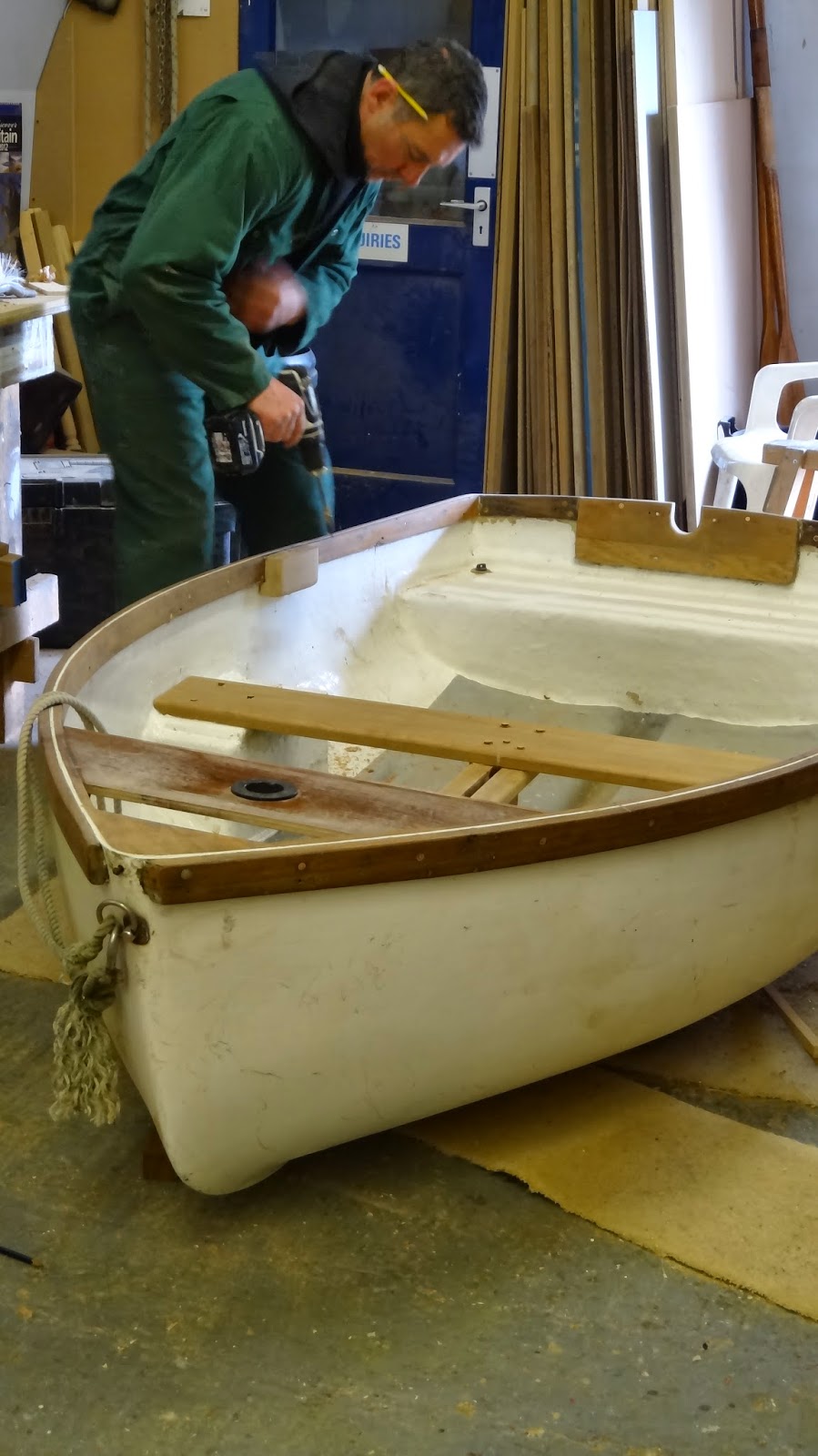 THE TEPCO DINGHY is synonymous with East Coast yachtsmen and fishermen alike. It is quite likely there are thousands of them in and around this coastline.  The boat has lines that hide nothing from the viewer therefore they are an honest craft. With the Tepco what you see is what you get. The eight feet version is as chunky as a butchers dog. It has the full shoulders of a Staffordshire bull terrier, the sure footing of the British bulldog and a layup build quality of a Chieftain tank. What you end up with is an all-round, workman-like tender dinghy that is just as at home ferrying the sailor to his cruising yacht as it is the hard-nut fisherman heading out to his dredger in a Force 6.
The Tepco is rather obliging too when simply leaving her laying for months on end as a beach dinghy. If she is full of rain water on your return she will still function as intended after a bail-out. But surely the Tepco is much more than a mere tender dinghy. And sure enough, alone, the Tepco is suited for setting a seine net in a creek, or fishing from with rod and reel. I like to scull mine around the creek but I've rowed her up the Blackwater in open water and with a Force 5 blowing white seahorses off the crests of gnarling chop, from Goldhanger to the Osea Road and back, with detours to the head of Wilkins Creek. Not a drop of water shipped.
They were built at Leigh-on-Sea which has a long history of fishing and goes some way in answering the working boat familiarity. The Tepco can be seen as a type of 'bawley' boat of the yachtsman. It will work for you, carry your tools, pick up the other half, and get the supplies on-board. In use the eight feet version (8' 2") is reliably stable, partly due to her two feet at the stem and 18 inches amidships and her beam of 4' 2".

Being that the layup is heavy (some, like mine, also have teak inwales and gunwales) they are a relatively heavy boat to handle on land so it's worth considering what your main priorities are before you decide to buy one. There is quite a healthy second-hand market and they can be picked up for between £100 - £300.
If you have a spare sailing rig then the basic Tepco stem dinghy is a good foundation for a stable sailing dinghy... Here's a Tepco refurbishment, undertaken with a few cannibalized parts and various odd bits of wood, with adaptations to give the option of sailing her as well as sculling and rowing.